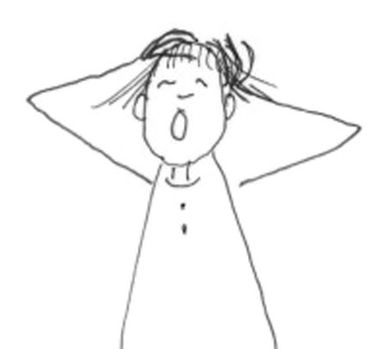 Corona vaccination and the problems of people harmed by drugs, doctors and the health care system.

Antibiotics from the series of fluoroquinolones (e.g. ciprofloxacin), botulinum toxin, gadolinium (contrast media), hospital germs and other undetected, rare, or diseases unknown to most physicians.

There are people who are harmed by drugs and cannot find help from doctors; people whose health problems do not correspond to any known or recognized clinical picture, and who are therefore labeled as psychosomatic or mentally ill; people who feel betrayed and abandoned by doctors and our health care system, hurt and wounded, ridiculed and cheated. I don't know how many people there are. I only know: there are many. And I am one of them.

There are people whose lives have been thrown off track by rash diagnoses and negligent therapies with drugs and substances, including antibiotics from the fluoroquinolone series such as ciprofloxacin, by gadolinium (contrast agents) and botulinum toxin (Botox); people suffering from unspeakable pain, damage and disability, spending their days at home, no longer knowing what to do; people who, of necessity, seek help in social networks, people who seek comfort and advice in self-help groups and people who have given hope to others and yet, in the end, because they could no longer bear their lot and suffering, chose suicide. Of course, it was not a suicide of free will.

As if it were about the well-being of people

This was preceded by endless suffering and pain; cynical contempt for humanity, ignorance, arrogance and negligence, even incompetence on the part of many doctors; and a technocratic, profit-oriented health care system consisting of formulas and abbreviations and diagnosis codes; a health care system that reimburses medications, medical services and examinations as if it were about goods and not about the well-being of people; a medical profession that, ominously intertwined with the technocratic systematization of the health sector, thwarts, degrades, perverts the promising name "health system" and, through its behavior and actions, hurls many people into the social sidelines.

a forum and a voice.

Certainly, there are good doctors, and I will always be grateful to a very special one. There are also many doctors who mean well and do their best. Unfortunately, among them and in general, there are also doctors who unintentionally do the wrong thing, for many reasons. Some because they do not understand the problems, do not believe their patients, and do not read red-hand letters of our medical association, do not take note of accessible scientific research, do not do their own research when it would be necessary, for example, when it comes to drug interactions. And besides, they simply don't have time for all that.

With a shrug of the shoulders, these doctors react to what the patients are desperately trying to convey under time pressure, close their minds to them and turn away. What it is about this pain and damage that can turn a patient's life into hell from one moment to the next, as if from nowhere, is something they simply have no answer for, especially since no blood count or other routine tests provide any clues for an explanation.

Some doctors, willing to help, try this or that medication and therapy, without considering that it could get worse. And when it gets worse and still no conclusive diagnosis is possible, the patients are dropped. They are then told - thousands of sufferers have experienced this - that they are out of treatment, psychosomatic or mentally ill, or even have "a delusional disorder."

Of course, none of the sufferers give up hope so quickly. They seek out this or that doctor, and, although it is difficult for them, do not shy away from distances, only to realize in the end, after months or years of doctors' odysseys, that their so-called "doctor hopping" is nothing more for the medical profession than an indication that they cannot cope with their lives and are in some kind of life crisis.

What the doctors conclude is obvious: they either consider themselves not responsible (without saying who is responsible), see it as a waste of time to bother with such people at all, and brush them off. In doing so, they utter sentences that, if listed, made public and heard, would have the potential to fundamentally shake and unhinge the self-image and prevailing image of our health care system and our welfare state.

It is a fact: There are many people - "burnt children", so to speak - who, for the reasons described here (or similar ones), have lost their trust in our doctors and in our health care system. People who, because of their personal experiences and medical history, are more afraid of vaccination than of Corona and therefore reject it from the depths of their soul and conviction.

Nameless and without a voice

No one is talking about these people at the moment. They simply do not appear - in no political discussions and decisions, in no public talk shows and reports, and certainly not in the medical cosmos. These people are excluded from society - outlaws, discriminated, left all alone, thrown upon themselves, nameless.

Nameless and without voice they were already before the Corona crisis. And they are all the more so now that Corona globally overlays and dominates our existence. It is as if the concerns of these people have finally been swept away by the tsunami called Corona, made to disappear and liquidated.

But the concerns of these people, their plight and their interests, are still there; including those affected. People who have been harmed by ciprofloxacin and similar dangerous drugs or substances like gadolinium or botulinum, or by hospital germs. They know only too well that collateral damage is tacitly accepted, that it is declared irrelevant, that no one is liable for it, and that they are completely left alone.

This forum is dedicated to them.

Because I can no longer stand the discrimination, the undifferentiated and unfair categorization of the so-called "vaccination refusers" and the tabooing of the issue I raise here. Because I cannot accept that the baton is broken over people who have gone or are still going through hell, and who are pelted with prejudice like rotten eggs.

They lack education, social responsibility, solidarity, they say about them. They lack the ability to recognize the danger of the Corona virus and the danger of the general situation. They are deluded, stupid, stubborn, crazy and follow some abstruse ideologies and world views; they sympathize with suspicious social or even right-wing groups and camps or let themselves be manipulated by them and everything that circulates on the net.

The prevailing discourse is reminiscent of the tactic of "whataboutism," which aims to nip serious arguments in the bud through clever deflection and exaggeration. As soon as someone in the media shows understanding for those who refuse vaccination for personal reasons, they are attacked as if they belonged to the camp of corona deniers and pandemic bagatellizers.

But what is really trivialized, denied, swept under the carpet and declared non-existent, and this even before Corona, is the suffering of those affected.

Therefore, I want to take up the cudgels for people who have experienced on their own bodies what damage a single drug, hospital germs, gadolinium, botulinum, etcetera can do and the social trap, impasse, vicious circle into which they can fall. They are not willing to be fooled a second time. They fear a worsening of their condition, a relapse. They no longer have confidence in our health care system.

Breaking point between trust and loss of trust

I wished that some would tell their story here or some place else to the world.

It is high time that our society, our politicians, the media and especially the medical profession and scientists, take note of the fact that there are many people who are harmed and traumatized by our health care system and its actors, and who have their individual reasons to defy vaccination.

What has happened to our Basic Law and the inviolable dignity of man and our democracy when problems and fears like these can no longer be discussed openly and publicly? When people, muzzled by the mainstream, no longer dare to say what they feel, think and experience? Or don't do it because they are resigned and think that it is of no use anyway? When they no longer dare to say: No? When they no longer see any possibility to publicly express their experiences, thoughts, views because they are contrary to what our state says, decides and does in the name of science, state duty of care and political responsibility?

The people I am writing about are not anti-socials, not unteachable, not uneducated, not conspiracy theorists; not Corona deniers and not Corona skeptics. They are skeptics of the health care system. And this for reasons that every affected person and many empathetic people, who have witnessed the suffering of those affected, understand.

These are reasons and motives that responsible politicians should register, reflect on and include in their decisions. It is an important social issue. It should have entered the political discourse long ago if words such as justice, social peace, welfare state and the well-being of all citizens are to be more than empty phrases but bearers of substantial content.

"But where there is danger, the saving also grows."

We live in catastrophic times. It's hard not to lose heart. In some moments, Friedirch Hölderlin's words come to mind: "But where there is danger, the saving also grows."

I can't help but think of a doctor who is an exception among doctors. It is Dr. Stefan Pieper. In his book "Fluoroquinolone Associated Disability. FQAD: Pathogenesis, Diagnosis, Therapy and Diagnostic Criteria," he wrote - and I think that not only those who have been harmed by fluoroquinolones feel addressed:

"FQAD patients do not experience their environment as empathic, but as rejecting, even downright hostile. They feel left alone! Not taken seriously by their family doctors, smiled at and dismissed by specialists, they are forced in their desperation to do their own research into the causes. If they then have an idea of the correlations via the package insert or Internet research, the odyssey really begins. People in middle age, who out of the blue suddenly develop complaints like a seriously ill person, without remotely knowing why they are suddenly confronted with terrifying and untreatable pain, with inexplicable exhaustion and hitherto unknown psychological complaints, are, to make matters worse, practically completely left to their own devices to cope with their illness.

First and foremost, doctors are of no help; on the contrary, their behavior is shameful, humiliating and counterproductive. Unfortunately, there are only a few exceptions to this (..)

Even a seriously ill FQAD patient, whom I had personally notified in writing for admission in an anthroposophical clinic and had "vaccinated" the further treating colleagues by telephone because of this clinical picture, could not escape this fate. In his discharge report was written 'somatization disorder' and 'non-compliance'. Very impressively, these reactions were recently documented in a study. But believe me, what I have heard from my patients about this is often so much worse that it almost brings tears to one's eyes (one just doesn't know then exactly whether out of anger, shame or pity. (...)

For the FQAD patients this disregard means above all increasing social isolation. (...) "

There is nothing to add to this. Unless this: Dr. Pieper wrote the book before Corona broke out. How much more has the social isolation increased in the meantime? How much more will it increase? 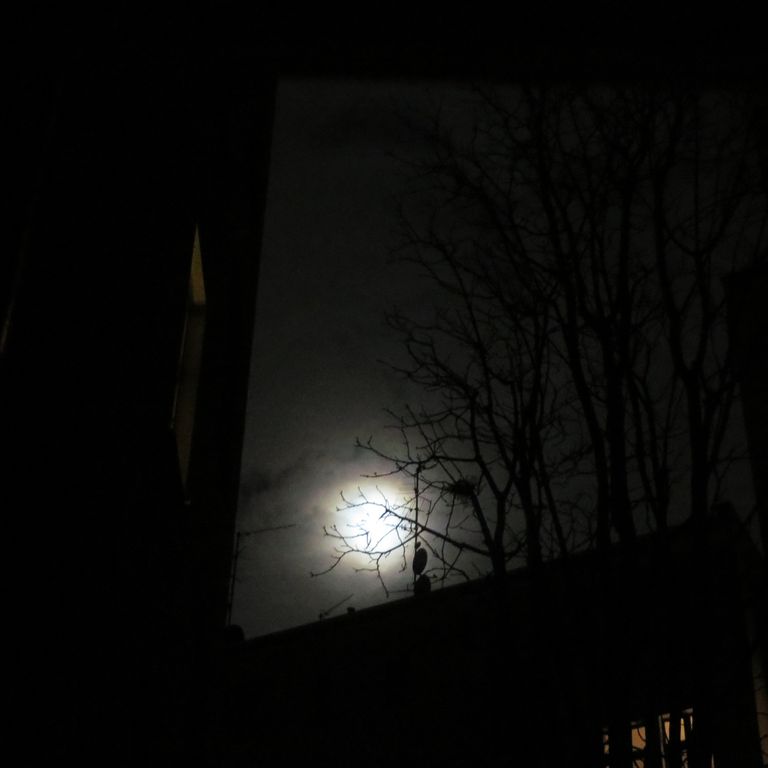